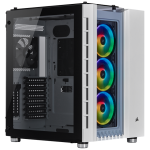 It didn’t take long to find my favorite case when watching case reviews on YouTube. The Corsair 680X is elegant, extraordinary and very thoughtfully designed.

It is a little wider than regular tower cases but for a good reason. Looking at it from the front, Corsair added a closed section on the right where all the cabelling can go and components that are not suited for the “aquarium” section on the left. That is very clever and makes your viisual interior clean and orderly.

The case is available in white and in black. It comes with three RGB fans in the front and one regular fan in the back. I feel they could have made the latter and RGB fan as well considering the price of about € 250. 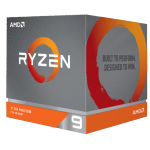 I was going back and forth between Intel’s I9 and AMD’s Ryzen 9. Comparisons on the net don’t show a clear winner. I finally decided to go with the Ryzen for its higher core and thread count, better power efficiency at stock, a faster base memory spec, as well as bringing PCIe 4.0. I do have an I9 in my media PC already so it will be interesting to compare the two. 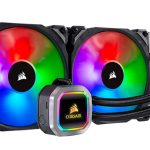 I picked this liquid RGB cooler from Corsair because its RGB fans match the ones that come with the case and because it is perfectly sized for the case as well. Its designated location will be under the top of the case where they will nicely flood the interior with their light. It is an is an all-in-one liquid CPU cooler with a 280mm radiator. 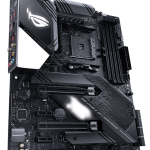 For the motherboard I relied on several reviews and tests I found. In all of them, this board scored very high, up to being selected as a reference board in its class.

I had Asus computers and boards in the past and I was always happy with them. It has very classy RGB effects built in and looks just awesome all together. It also says “The Choice of Champions”, so that makes me a champion :-). 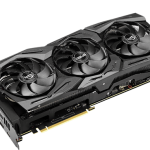 The by far most expensive part in the list is the graphics card. That it had to be the Nvidia 2080 Ti chip was a no-brainer. All that was left was to pick a brand that builds cards with this chip.

Similar to the motherboard, the reviews and tests I read did not clearly point out the best. They are all similar in this class in regards to performance and pricing. I did saw one video though where the one from MSI was used and it did hardly fit in the case due to its size. So my argument to go with Asus here was that I already picked their motherboard assuming that they go well together. 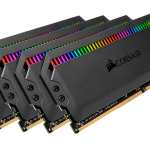 For the RAM I decided to spend a bit more money than necessary. Reason was the new LED technology that Corsair came up with in thewir Dominator RAM modules. They are specifically deisgned to be used in small spaces while still providing bright lighting. They look amazing and there are several LEDs on each module that can be programmed to show different lighting patterns.

To enjoy the full optical capacity I went for four 8 GB modules, adding up to a total of 32 GB. 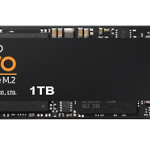 Games alone take a lot of disk space already and since I do not only want to use the workstation for gaming but also for other work, I decided to get two 1 TB SSDs. I chose the 970 EVO NVMe M.2 from Samsung. I found good reviews about them and thought I cannot make much wrong with them. 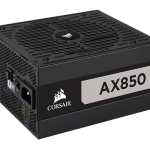 In regards to the power supply it was important to me that it was fully modular and that it had a high efiiciency rating. Corsair again had the product of my choice. It is one of the few that is 80 Plus Titanium certified providing a 94% efficiency. It is said to be silent and lwo in temperature and power consumption. 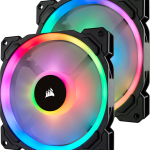 I added three more RGB fans from Corsair matching the case design. One is to replace the non-RGB fan in the back. Corsair should have done that right from the start in my opinion. The other two additional RGB fans will be mounted at the bottom above the dust filter where the auir is dragged into the case. 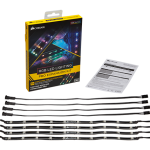 Matching the case and other components from Corsair I decided to add some extra lighting strips. The magnetic stripes can be nicely placed along the insde edges of the case so they won’t be directly visible. They are also programmable and will provide some nice indirect lighting effects. 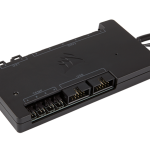 All these beautiful RGB light sources must be controllable. That’s what the Commander Pro is for. The fans and other lighting sources will be connected to it and via Corsair’s controller software iCUE they can be programmed to do all kinds of nice lighting effects. 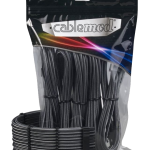 Since the Beast will show all its guts through its glass walls I wanted the cabelling to look nice too. Yes, most of it will be hidden in the right section of the case but where it reaches the visible elements, the motherboard for example, they will be plain to see.

The carbon like looking cable kit from CableMod is very popular for its classy look and its reflection of what ever light color it hits.

Of course, a monitor, a keyboard and a mouse (and maybe a game controller).

I did not include these items here because they are not directly parts of the computer and you might own such peripherals already. However, I have put mine together on the Peripherals page.