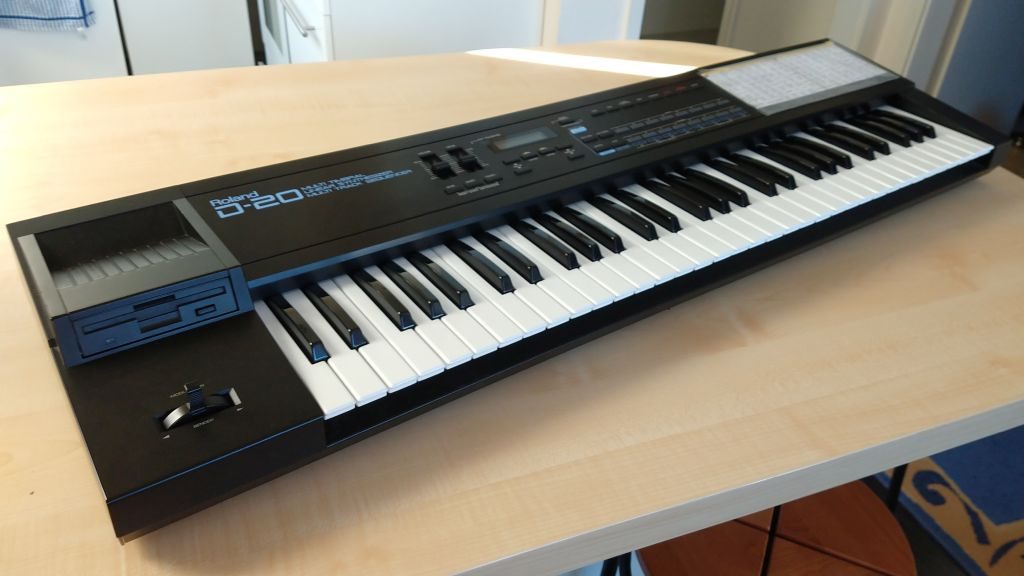 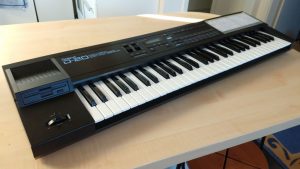 The Roland D20 is considered a vintage synthesizer these days. And indeed, looking at the specs that is obviously so.

I got it in 1988 when it appeared on the market. It has 32 voices polyphony (who would ever need more? 🙂 ), 8x multitimbral, 61 velocity aftertouch keys and a sequencer including the possibility to save your composition from memory onto a floppy disk. That was quite something in those days and used it intensively.

I used it in most of the Songs of 1989 and Songs of 1990. It was really worth the money and a nice vintage piece to have. I kept it in real good shape too. 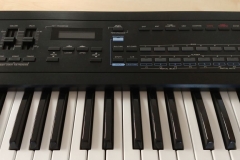 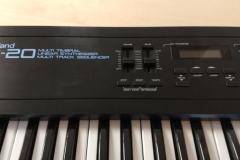 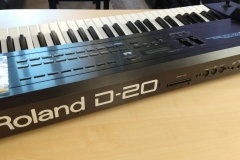 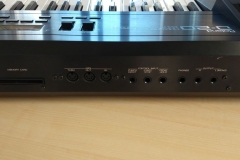 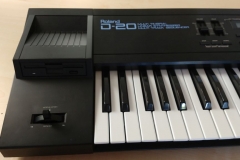